You are viewing a preview version of this site. The live site is located at: https://jewishportland.org

Women's Philanthropy is proud of our IMPACT in the Jewish community!

IMPACT is our annual event exclusively for our women-identified community to gather and understand that our collective IMPACT makes the community bigger and better than ever.
When womxn* come together, we have power!

*We use womxn as an alternative spelling of "women" to be inclusive of our trans and nonbinary community members.

Enjoy an evening with friends and hear from Irin Carmon, journalist, best-selling co-author of the Notorious RBG: The Life and Times of Ruth Bader Ginsburg, Senior correspondent, and New York Magazine and on-air CNN contributor! 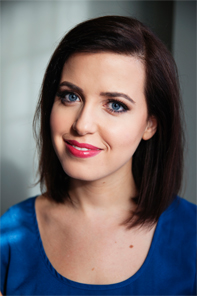 Irin Carmon is a journalist, the bestselling co-auther of Notorious RBG, a New York magazine senior correspondent and on-air CNN contributor, she reports and comments on gender, politics, and the law. Carmon and her co-author were featured in the award-winning and Oscar-nominated 2018 documentary RBG.

The New York Times described Carmon as being "known for her smarts and feminist bonafides." Of Notorious RBG: The Life and Times of Ruth Bader Ginsburg (2015) which spent three months on the Times bestseller list, the paper's staff book critic wrote,"That I responded so personally to it is a testimony to Ms. Carmon's storytelling and panache." In 2017 and 2018, Carmon teamed up with the Washington Post's investigative team to break the news of sexual harassment and assault allegations against Charlie Rose, as well as CBS's knowledge of his conduct. That work was recognized with a 2018 Mirror Award. She was also a contributing writer to the Post's Outlook section.